CMBS speads back on the rise

Posted by alex Posted on 5:20 AM
Just when you think the corner is near on spreads, a default rumor causes a(n irrational?) panic.

AAA rated commercial mortgage-backed bonds widened about 37 basis points to 305.57 basis points more than 10-year swap rates during the week ended yesterday according to data from Bank of America Corp.

But, as Deal Junkie rightly points out:

The good news is delinquencies on commercial mortgage bonds was 0.43 percent in July, compared to 41.7 percent for subprime home loans. And real estate investor Sam Zell still believes that opportunities are in the debt.

Go ahead. Bet against Sam. I triple dog dare you. 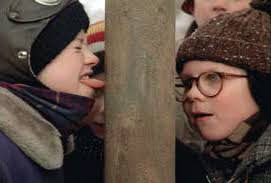 Be careful when investing, by the way...you might shoot your eye out.

What's most worrisome is the inability for some deals that would -- and even should -- have been no-brainers are not getting done, at least not in a manner timely enough in my view

But only the gloomiest of pessimists thinks this is going to be a 10-year problem. I'm not gonna crystal ball when what I call the lending normalcy of 2003 or so will return. But something's gonna give someday. It always does.
Tweet