In United States v. Jones, FBI agents installed a GPS tracking device on Jones’ car and monitored where he drove for a month without a warrant.  Jones challenged the warrantless GPS surveillance as a violation of the Fourth Amendment.  The D.C. Circuit agreed with Jones.

On its face, the D.C. Circuit opinion appears to clash with the Supreme Court’s decision in United States v. Knotts, 460 U.S. 276 (1983), where the police installed a much simpler tracking device (referred to as a “beeper”) to a person’s car.  The Court concluded that the Fourth Amendment did not apply to the beeper because a “person traveling in an automobile on public thoroughfares has no reasonable expectation of privacy in his movements.”

The D.C. Circuit distinguished Knotts because there, the Supreme Court noted that the surveillance was limited and explicitly noted that more pervasive surveillance might be treated differently.   As the Court in Knotts stated that “if such dragnet-type law enforcement practices as respondent envisions should eventually occur, there will be time enough then to determine whether different constitutional principles may be applicable.”

The Supreme Court will determine if it agrees with this theory.   The Court has long held that there is no expectation of privacy in public.  This view has been frequently criticized as failing to recognize that people enjoy much practical obscurity in public and pervasive monitoring will dramatically undermine this obscurity.  Will the Court revisit its view about the lack of privacy in public given the changing capabilities of technology?

If the Court were to conclude that the Fourth Amendment required a warrant for GPS surveillance, it would have to define a coherent line between when a person in public has an expectation of privacy and when a person lacks such an expectation.  Such a line would be challenging to draw.

I was speaking with Peter Swire recently, who said that in order to convince the Court to draw such a line, it would be helpful for scholars to propose a workable test or approach for the Court to use.  I think he’s right.  So here’s my stab at it.

Let’s see how this might work with a few examples:

1. Flashlight.  A flashlight provides illumination where ordinarily humans might not be able to see.  But its ordinary or intended use is to allow people to see things in the dark, so it wouldn’t be covered by the Fourth  Amendment.

2. Thermal Sensors as Used in Kyllo.  The use of thermal sensors to detect heat patterns in the home would be regulated by the Fourth Amendment.  My approach would create a more sensible rationale than that used in Kyllo v. United States, 533 U.S. 27 (2001) (whether the technology is in general public use).  Thermal sensors are in general public use, but they are not ordinarily used to spy into people’s homes.

Applying this approach to GPS, the technology can track people much more pervasively than regular stakeouts or  following them around.   It thus extends significantly beyond human capabilities.  The general public does not use GPS as a way to track people’s movements.   They use it as a way to find places and navigate while driving.  Therefore, the police use of GPS to place a person under surveillance would be covered by the Fourth Amendment.  Knotts could be distinguished because the beeeper wasn’t as pervasive and thus could be argued not to have extended significantly beyond human capabilities.

I don’t agree with the reasonable expectation of privacy approach to the Fourth Amendment, but if the Court is going to stick with this approach and try to fit GPS surveillance within its existing caselaw, then the above test will hopefully be consistent enough with the Court’s caselaw and more coherent than the tests previously articulated by the Court. 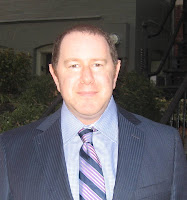 Daniel J. Solove is the John Marshall Harlan Research Professor of Law at the George Washington University Law School.  He is also a Senior Policy Advisor at the law firm Hogan Lovells.  Additionally, he is the founder of TeachPrivacy, a company that helps schools with privacy issues.  An internationally-known expert in privacy law, Solove is the author of several books, including most recently Nothing to Hide: The False Tradeoff Between Privacy and Security (Yale 2011).
Tweet