Personal Notes on the Hospitality Industry

Posted by alex Posted on 7:33 AM
I'm back from vacation -- and an old fashioned driving one at that! We had a chance to motor our way to Virginia and back, visiting several hotels in different categories ranging from reasonable to five-star. Here are some random thoughts I had last week that I would like to share with you.

Some properties are really stepping up the food service, perhaps in an attempt to attract customers and if not, then locals. We had excellent meals at two hotels -- as good as top places in Chicago -- and on prix fixe menus that were really attractive pricewise. I can especially recommend 1863, the restaurant at the Wyndham in Gettysburg, Pennsylvania.

While we are on the topic of food, hoteliers HAVE to train their employees to be sensitive to food allergies. Why? Because THIS could happen. Here's how. 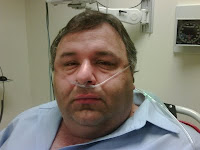 While at a hotel in Virginia Beach, my wife (who, as you may know, is a physician) mentioned to a hotel staffer who was feeding us that I was terribly allergic to shellfish and that we were being very careful about out eating while in an area known for that food. That person unknowing served us some complimentary spinach dip, which I might add was delicious. We went down to the beach for a sunset walk, and I started having shortness of breath. We went back up to our room, where I started sneezing and itching uncontrollably and breathing heavily. We called the server, only to find out the dip apparently had crabmeat in it. We went downstairs, a manager called 911 and I was off to the hospital, where after some IV meds and observation, I was able to go back to the hotel. (Many kudos to the Virginia Beach volunteer EMR staff and VB General Hospital.) The staffer in question was not, imho, to blame -- she was a wonderful person who even stayed late at work to pick us up from the hospital. But management needs to be wary of these potential problems. What if my wife had not been with me? I might have died alone in my room hoping that Benadryl would stop the reaction.

A number of properties we saw needed PIPs. One five-star hotel we visited badly needed it, BUT they made up for it with exemplary service. I'll tolerate an old TV and some threadbare walls if the service is first rate. People can really make a property special. Given a choice between good amenities and good people, the latter wins every time in my book. Staff was exceptionally friendly at every hotel we visited -- that is much appreciated by weary travelers.

Indoor pools are a great thing. Can hotel owners consider perhaps one late hour an evening for adult use only? And perhaps consider later hours at a pool when they are placed in areas that will not disturb guests? Cleanliness is a good thing, too. The 24-hour workout rooms are a BIG plus these days, even a big guy like me likes getting on the treadmill, you know.

Usually we have at least one clunker meal and one clunker hotel each trip. Not this time. We stayed at five different properties and went five-for-five in satisfaction. The recession notwithstanding, I was impressed. Corners are presumably being cut in back of the house and other areas where customers are not seeing it as much and that is to be commended. Times are not easy in the industry and it is good to see such impressive efforts from hotels.

One non-hotel item aside: we rented a Chrysler 300 rather than use one of our personal cars. What a piece of junk. It was a reminder of why we will not be buying another American car in the foreseeable future.

Anyway, vacation is fun, but there's no place like home. I'm looking forward to catching up with readers this week and writing as much as I can.
Tweet