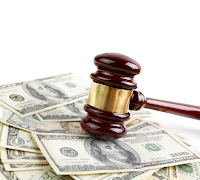 In a narrow 5-4 decision today the United States Supreme Court strengthened its 2010 holding in Citizens United v. FEC by overturning a century-old Montana state law that bans campaign contributions from corporations due to their corrupting influence on the electoral process.

By declining to hear arguments on American Tradition Partnership, Inc. v. Bullock and summarily reversing the decision of the Montana Supreme Court to uphold the state's Corrupt Practices Act, the Court signaled the futility of challenging its Citizens United ruling that the political speech of corporations is protected under the First Amendment.
Revealing a sharp divide on the Court, four justices signed a dissent (written by Justice Breyer) saying that the Court should have heard Montana’s case and used it as an opportunity to reconsider Citizens United, or at least to look at the applicability of that decision when applied to the particular circumstances of Montana law.

In February, when urging the Court to accept Montana’s petition for certiorari, Justice Ginsburg wrote:

Montana’s experience, and experience elsewhere since this Court’s decision in Citizens United v. Federal election Comm’n . . . make it exceedingly difficult to maintain that independent expenditures by corporations ‘do not give rise to corruption of the appearance of corruption.’ . . .  A petition of certiorari will give the Court an opportunity to consider whether, in light of the huge sums currently deployed to buy candidates’ allegiance, Citizens United should continue to hold sway.

Justice Breyer echoed her words in the dissent he penned.

Stating his disagreement with the majority opinion in Citizens United, Breyer challenged the Court’s assertion that “independent expenditures, including those made by corporations, do not give rise to corruption or the appearance of corruption” and drew attention to the increasing inability to distinguish between “[m]any corporate independent expenditures . . . [and] direct contributions in their capacity to generate quid pro quo arrangements.”

Breyer and the other dissenters further stated that even were they to accept the holding in Citizens United, they believed the current and historical record and findings of political corruption by corporations in the state of Montana gave the state a compelling interest in maintaining its statute to protect the its electoral processes.
Today’s decision reveals that the Court continues to be polarized by its decision of over two years ago about who can participate in what ways in the electoral process. In addition, it almost certainly means the nationwide debate over Citizens United will remain unsettled.
Tweet