Home » affordable care act , supreme court » What is at Stake in the Healthcare Cases

What is at Stake in the Healthcare Cases

Posted by alex Posted on 5:09 AM
Guest post by Professor Timothy Jost

The challenge to the Affordable Care Act currently pending in the Supreme Court has been billed as the most important Supreme Court case of the decade. It is certainly that, and for more reasons than one.

The case before the Supreme Court involves four issues. The first, and most widely publicized, involves the constitutionality of the ACA’s requirement that most Americans be insured. The second question is whether the federal courts can hear a challenge to the “minimum coverage requirement” now or whether they must wait until a tax is imposed to enforce the requirement in 2015. Third, the Court will consider how much of the ACA must be thrown out if the minimum coverage requirement is held unconstitutional. And finally, the Court will review the claim of the twenty-six plaintiff states that the expansion of Medicaid to cover all adults with incomes below 133 percent of poverty is unconstitutional.

A finding that the minimum coverage requirement is unconstitutional — that Congress lacked authority to impose the requirement under its power to regulate interstate commerce or its power to tax and spend — would have a devastating effect politically. While, in fact, the argument that the requirement is unconstitutional finds support neither in the text of the Constitution nor in precedent, the Supreme Court has never considered a challenge to a law quite like this before and it is possible that the Court will find it unconstitutional. If, as is likely, the Court upholds all or most of the rest of the ACA, the practical effect of such a ruling would be serious, but not fatal. Millions more Americans would remain uninsured or pay higher prices for coverage, but the rest of the law could go into effect. Indeed, much of it is already in place.

But the political damage caused by such a ruling would be dramatic. Fox News would trumpet “Obamacare Held Unconstitutional,” and many Americans would believe it. Many states that are already dragging their feet at implementing the law would refuse to move forward. Communicating the precise and limited nature of the decision would prove immensely difficult.

A holding that the Medicaid expansions are unconstitutional, on the other hand, would not only cause messaging problems, but could fundamentally change the nature of our federal system. The basic claim of the states is that the ACA Medicaid provisions coerce them unconstitutionally to expand Medicaid coverage under the threat of losing federal support for their current program — their largest source of federal funding. Relying on dicta in a couple of Supreme Court cases, the states claim that this is unconstitutional.

An adverse holding on the Medicaid issue would leave millions of poor Americans uninsured. It would also, however, call into question dozens of federal programs in education, civil rights, transportation, and indeed national security that depend on conditional federal grants to the states. A ruling that the national government cannot require states to meet specific conditions to qualify for federal funding would end our federal system as we know it.

Whatever the Supreme Court decides, it is essential that Americans who support justice help their neighbors understand the true effect of the decision — the limited scope of a limited decision, or the dangerousness of broad ruling that could threaten not only the ACA, but also many other programs from which Americans benefit every day. This is the task that lies before us if the Court fails to do the right thing. 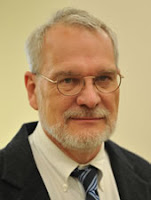 Timothy S. Jost holds the Robert L. Willett Family Professorship of Law at the Washington and Lee University School of Law. He is a co-author of a casebook, Health Law, used widely throughout the United States in teaching health law, and of a treatise and hornbook by the same name. Jost is also the author of Health Care Coverage Determinations: An International Comparative Study; Disentitlement?The Threats Facing our Public Health Care Programs and a Rights-Based Response; and Readings in Comparative Health Law and Bioethics.
Tweet